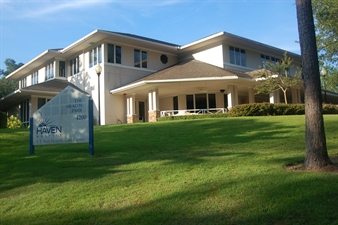 In January 1997, the E.T. York Hospice Care Center became the first inpatient hospice care center at Haven Hospice. Located in northwest Gainesville, the 30-bed facility is nestled among century oaks and rolling fields. It is home to what is affectionately known as “Laura’s Garden,” named after an influential and important benefactor of hospice in Gainesville – Laura Carmichael.