ACHC Accreditation for Haven
Haven is accredited as a hospice organization by the Accreditation Commission for Health Care (ACHC). 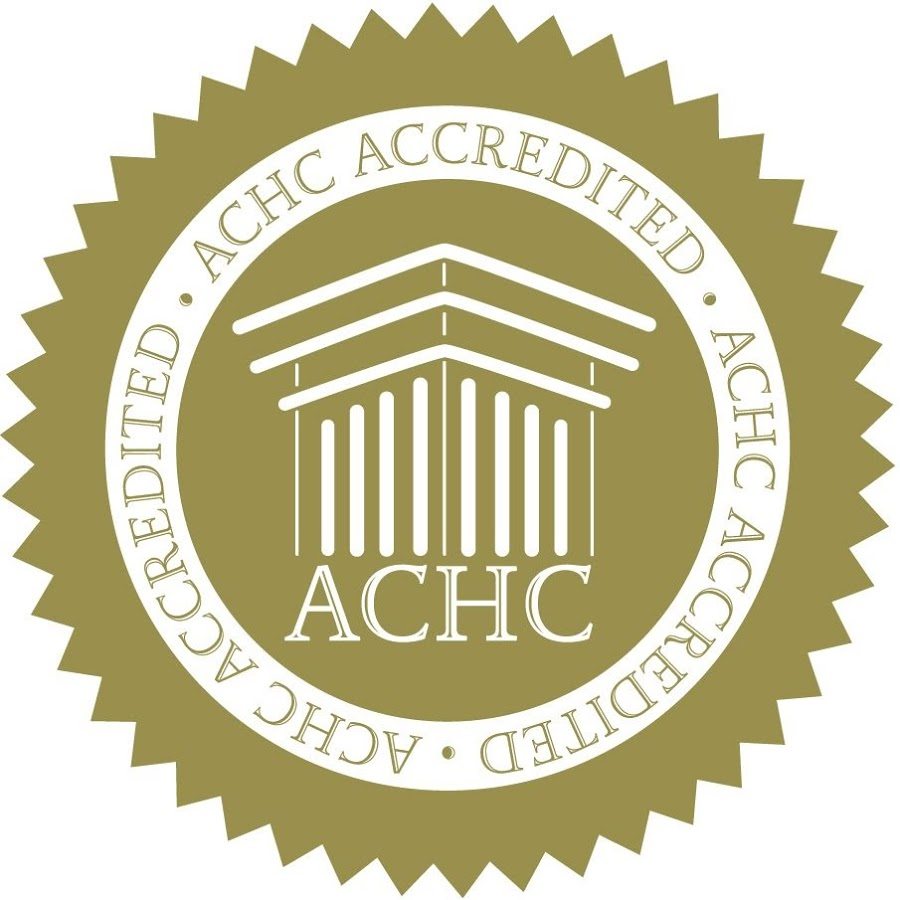 The Greater Gainesville Chamber of Commerce named Haven large nonprofit of the year in its 2021 business awards. Finalists were chosen after a panel of impartial judges from throughout the community carefully reviewed and scored each application in the category. The nominees for the Large Nonprofit of the Year category were Catholic Charities, Community Hospice & Palliative Care and Haven Hospice, and the award was sponsored by Cox Business.

Best of the Best

The Gainesville Area Chamber of Commerce named Haven the 2009 Alachua County Nonprofit Business of the Year. The selection criteria included Haven’s success in improving access to quality care and measuring its effectiveness in providing that care; adopting energy‐saving measures and other innovative ways of serving the community; planning for growth; serving as an industry leader, and demonstrating employee involvement in charitable fundraising and community events, among others.

The Florida Pacesetter Award from the national organization, Aging with Dignity, honored Haven in 2006 for taking a leading role in promoting advance directives and living wills in the communities we serve.

The Gilchrist County Chamber of Commerce unanimously named Haven the 2008 Civic Organization of the Year.

The Circle of Life Award® recognizes programs across the nation that demonstrate excellence and innovation in palliative and end-of-life care. In 2007, Haven  was one of eight programs nationwide to earn the prestigious Circle of Life Award® Citation of Honor. In 2008, Haven was one of three organizations – and the only hospice – to receive the Circle of Life Award®, the nation’s highest honor in end-of-life and palliative care. The award recognizes Haven for excellence and innovation as well as expanding access to end-of-life and palliative care, especially for underserved populations. The awards are supported in part by the California Healthcare Foundation, based in Oakland, California. Major sponsors include the American Hospital Association, the American Association for Retired Persons, the American Association of Homes and Services for the Aging, the Catholic Health Association, the National Hospice and Palliative Care Organization and the National Hospice Foundation. The Center for Practical Bioethics is a Circle of Life® co-sponsor.

Business of the Year Award, Chiefland Chamber of Commerce

The Greater Chiefland Chamber of Commerce named Haven as the 2007 Business of the Year.

Haven earned a place on Jacksonville Magazine’s 2009 list of the Top 25 companies that Care – a salute to local businesses that put community at the forefront of their agendas.