Volunteer Carol Sheridan was nominated by Haven for the National Hospice and Palliative Care Organization’s “Volunteers are the Foundation of Hospice” awards for deeply impacting the lives of patients, families and the communities she serves. 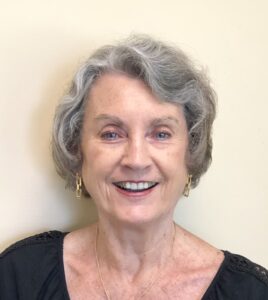 Haven volunteer Carol Sheridan, who supports the Haven organization in a myriad of ways, was nominated for a national hospice volunteerism award.

Carol began volunteering with Haven on July 11, 2018, and has since provided almost 3,000 hours of documented service. Her only responsibility when she first started volunteering at Haven was bereavement calls, which requires a lot of commitment in itself. Since then, Carol has continued to take on new projects and tasks as needs arise. Her current list of responsibilities includes office tasks at Haven’s Roberts Hospice Care Center, bereavement calls, check-in calls, veteran recognition ceremonies, providing respite care for patients, celebration visits for patient birthdays and anniversaries, volunteering at the Lake City Attic Resale Store, Haven card campaign and the sewing of patient bibs as well as face masks for staff, visitors and the community.

According to volunteer coordinator Vondla Sullivan, Carol dedicates an enormous amount of time every week to make phone calls on behalf of Haven, celebrate patient milestones, support Haven staff and gain revenue for the organization through its Attic Resale Stores.

Carol completes check-in calls to patients in the Lake City, area to make sure they are doing well and have enough supplies to carry them through the weekends. Through this task, Carol builds relationships with each patient as well as their families. She said, “People are just so happy with the services they receive from Haven. It’s rewarding to hear about how happy patients are with Haven’s nurses when I’m on my calls each week. It’s something to look forward to. I have some patients and families I’ve been speaking with for a while. They thank me, and it’s overwhelming to think that I can really, in fact, do something that nice every day for other people.”

While Carol spends a lot of time caring for patients via the phone, she also makes bereavement calls to those who have lost loved ones. Since the bereavement calls are where Carol got her start volunteering with Haven, they are special to her and remain her primary task. Carol began making bereavement calls shortly after her husband Bob died at Haven’s Roberts Hospice Care Center. She said Haven’s staff made such a deep impact on her during her family’s experience that she wanted to get involved. Carol said, “I told myself, ‘Someday I have to figure out a way to repay these people for their kindness.’ When I heard Haven needed volunteers, I said, ‘Okay, here goes, Carol!”

Haven Hospice bereavement coordinator Nooriel Nolan said Carol is a crucial part of the Haven team and that her handling of bereavement calls is nothing short of amazing. “Carol is so grateful for the opportunity to support grievers. She told me she remembers what that feels like and she wants to help people during those initial, difficult days after their loss,” said Nolan.

Nolan added that Carol is often the first person contacting families after a loved one dies, as she makes the bulk of the initial condolence calls for the bereavement program. Even through the pandemic, when many volunteer services were paused, Carol poured her heart, soul and time into bereavement calls to ensure all families felt Haven’s compassion for them in a challenging time. During the pandemic, she also worried that patients and families would need extra support during isolation and spearheaded a company-wide card program in which she sent more than 200 cards every month to patients and the newly bereaved.

Carol went from someone who benefited from Haven services to someone who provides Haven services quickly and without hesitation. While Carol has an obvious impact on the Haven community, she said her role here has also changed her.

“Personally, I have grown immensely in my time with Haven,” said Carol. “Every day, I feel like I’m able to perform acts of kindness for people. I didn’t know when I started how much this would mean to me. It’s rewarding but I am also overwhelmingly happy for all of these people I get to help. I accomplish a lot as a volunteer. But also, I know it would make my husband happy to know what I’m doing. I know he’d like that I am able to help people and have something I look forward to every day.”

Carol inspires others—both inside and out of the Haven organization—through her service. Haven staff remain in awe of the amount of time Carol dedicates as well as her willingness to help with anything that will, in turn, support a patient or family member.