Mr. Hartman— lovingly called “Jen” throughout his life— was a United States (U.S.) Navy veteran and spent a brief time at Haven’s Suwannee Valley Hospice Care Center in Lake City in November. His family participated in a veteran recognition ceremony on his behalf.

Originally from South Carolina, Mr. Hartman called Lake City home for the past 10 years. He was active in his church and community. His wife of 60 years (Pat Hartman), two of his daughters (Tawnee Hartman and Debbie Campbell) and his sister-in-law (Shirley McCrite) accepted Haven’s recognition on his behalf.

Haven is celebrating 40 years of providing local hospice care and is proud to honor its veterans with a pinning ceremony, which includes a veteran pin, a thank you card signed by the staff and a certificate of appreciation from Haven. Often, veterans are given a salute in honor of their service. 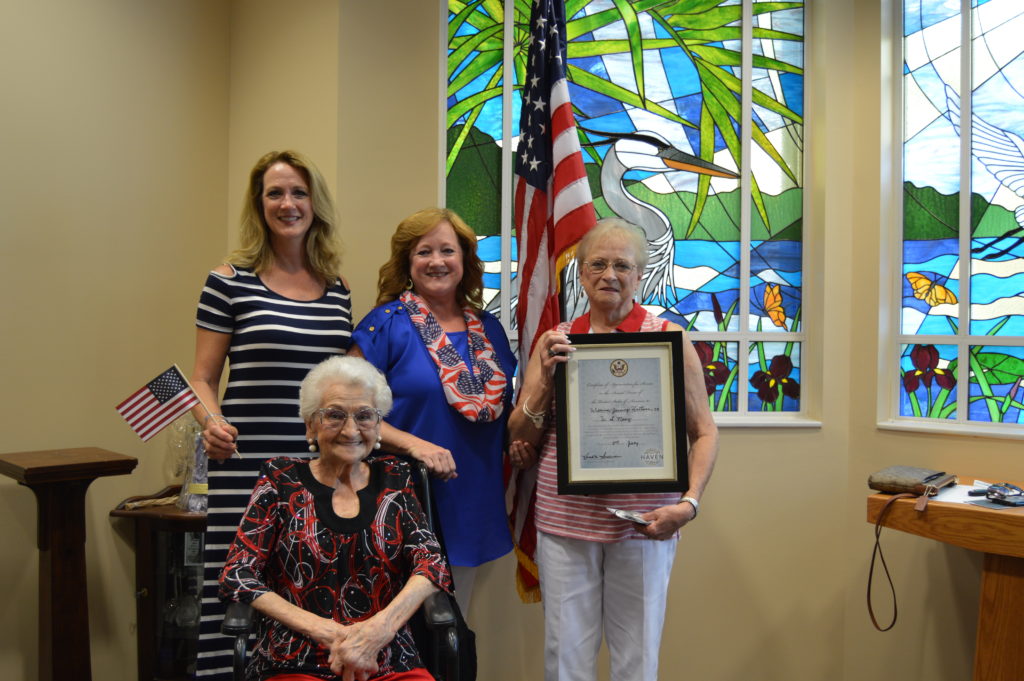