Newberry resident Gene Elliott was recognized for his military service by Haven Volunteer Robin McCracken of the Tri-County Detachment of the Marine Corps League and Ladies Auxiliary. Elliott served for four years in the United States (U.S.) Navy where he spent time on submarines and played in the Navy Band.

A native of West Virginia, Elliott was a local musician who played the drums in a band called the C-Notes, which featured a 12-year-old front man named Brad Paisley. Paisley mentioned Elliott in his book titled Diary of a Player: How my Musical Heroes Made a Guitar Man Out of Me. In the book, Paisley describes the C-Notes, a band assembled by his mentor Clarence “Hank” Goddard, as “a 12-year-old front man and three AARP members backing him up, Gene Elliott, Tom Berisford and Hank, a semi-retired world class lead guitarist who had played in the military, in Europe and countless jazz and country bands over the years and then in mine. I look back now at my luck and I can’t believe it.”

Elliott also worked in coal mines and power plants after his time in the service before moving to Florida in 1991. He and his wife, Carolyn, recently celebrated their 61st wedding anniversary.

The Haven Pinning Ceremony for veteran patients also includes a veteran pin, a thank you card signed by the staff and a certificate of appreciation from Haven which are all presented by volunteer veterans. Veterans are also presented with a red, white and blue blanket knitted by a volunteer and donated to Haven. The presentation ends with a salute to honor the veteran’s service.  Are you a veteran in the Newberry or Gainesville area that is interested in helping Haven honor our veteran patients? If so, please contact Haven Gainesville Volunteer Coordinator Susie Finfrock at 352.379.6244 or visit www.beyourhaven.org/volunteer to learn more. 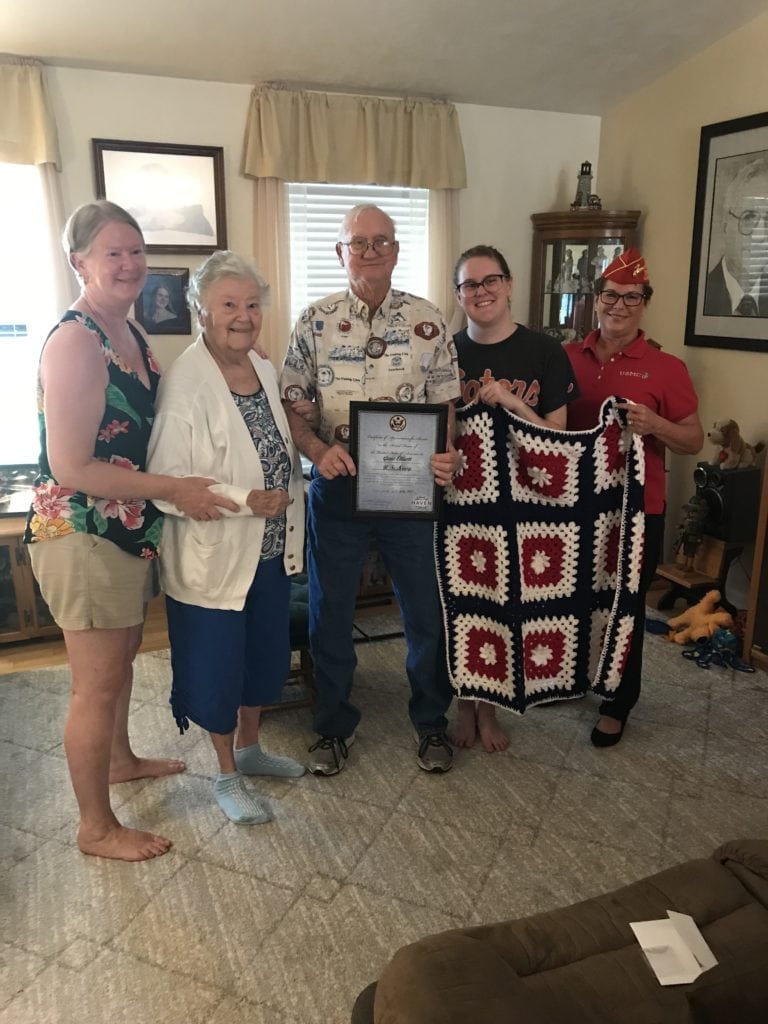