Samuel Neil and Paul Cislak of Trenton and Williston resident Tolar Williams were recognized for their military service by Haven Volunteer Arlene Lang of the U.S. Marine Corps Ladies Auxiliary. Neil served in the Unites States (U.S.) Air Force for four years as a mechanic and was stationed in Florida. After he served, Neil went on to become a treasure diver. He has one son, two daughters, was married for over 30 years and currently resides in Tri-County Nursing Home. Neil also shared that he is extremely grateful for his caregiver Cheryl Richburg who cares for him.

Born in Massachusetts, Cislak served in the U.S. Army for two years working and training troops on guided missile systems. After his time in the service, he worked in a machine shop on parts for nuclear submarines and also spent time in the automotive business.

Williams served in the U.S. Navy for 20 years as a boilerman. Born in Ocala, Williams spent most of his time in the service in Europe and his last five years he was stationed in Mayport, Florida. After serving in the military, he went on to become a truck driver. The Haven Pinning Ceremony for veteran patients also includes a veteran pin, a thank you card signed by the staff and a certificate of appreciation from Haven which are all presented by volunteer veterans. Veterans were also presented with a red, white and blue blanket knitted by a volunteer and donated to Haven. The presentation ends with a salute to honor the veteran’s service. 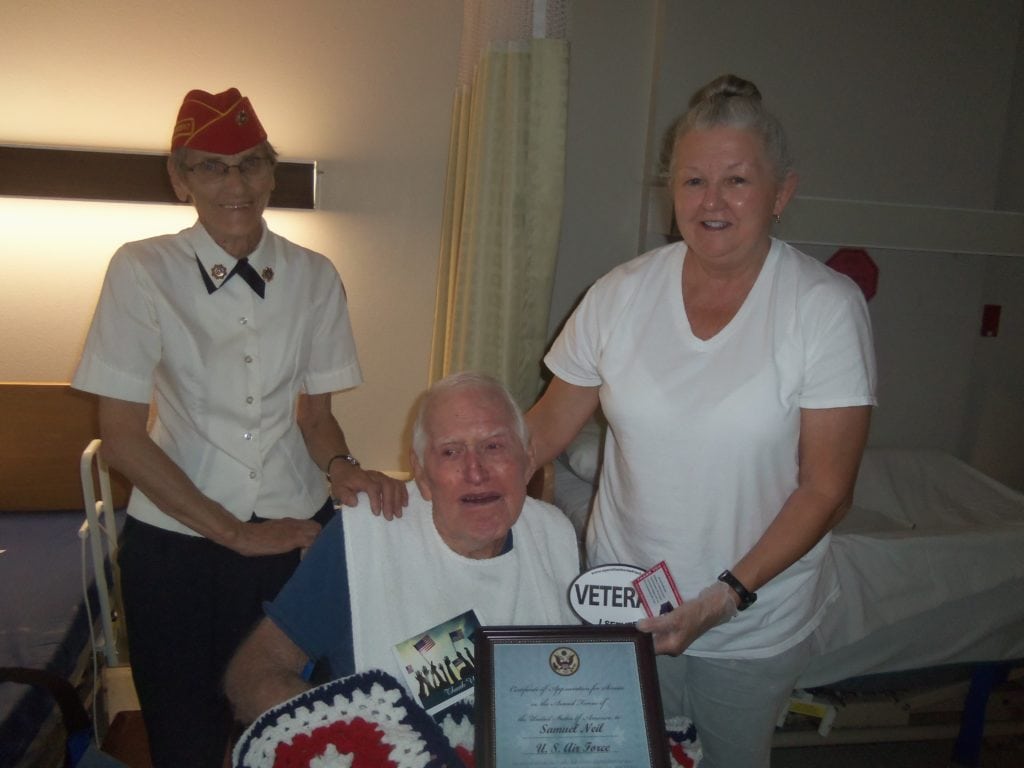 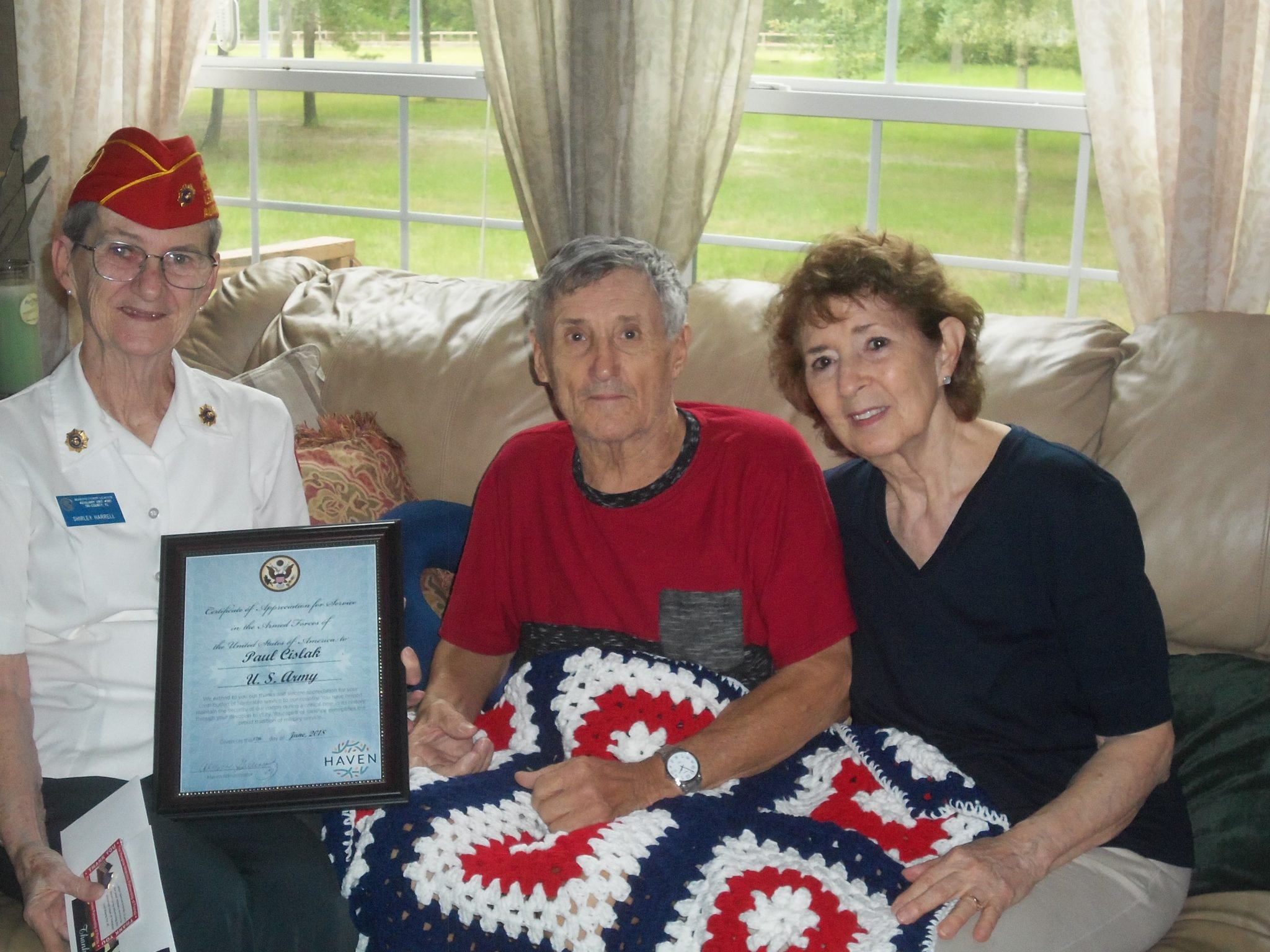 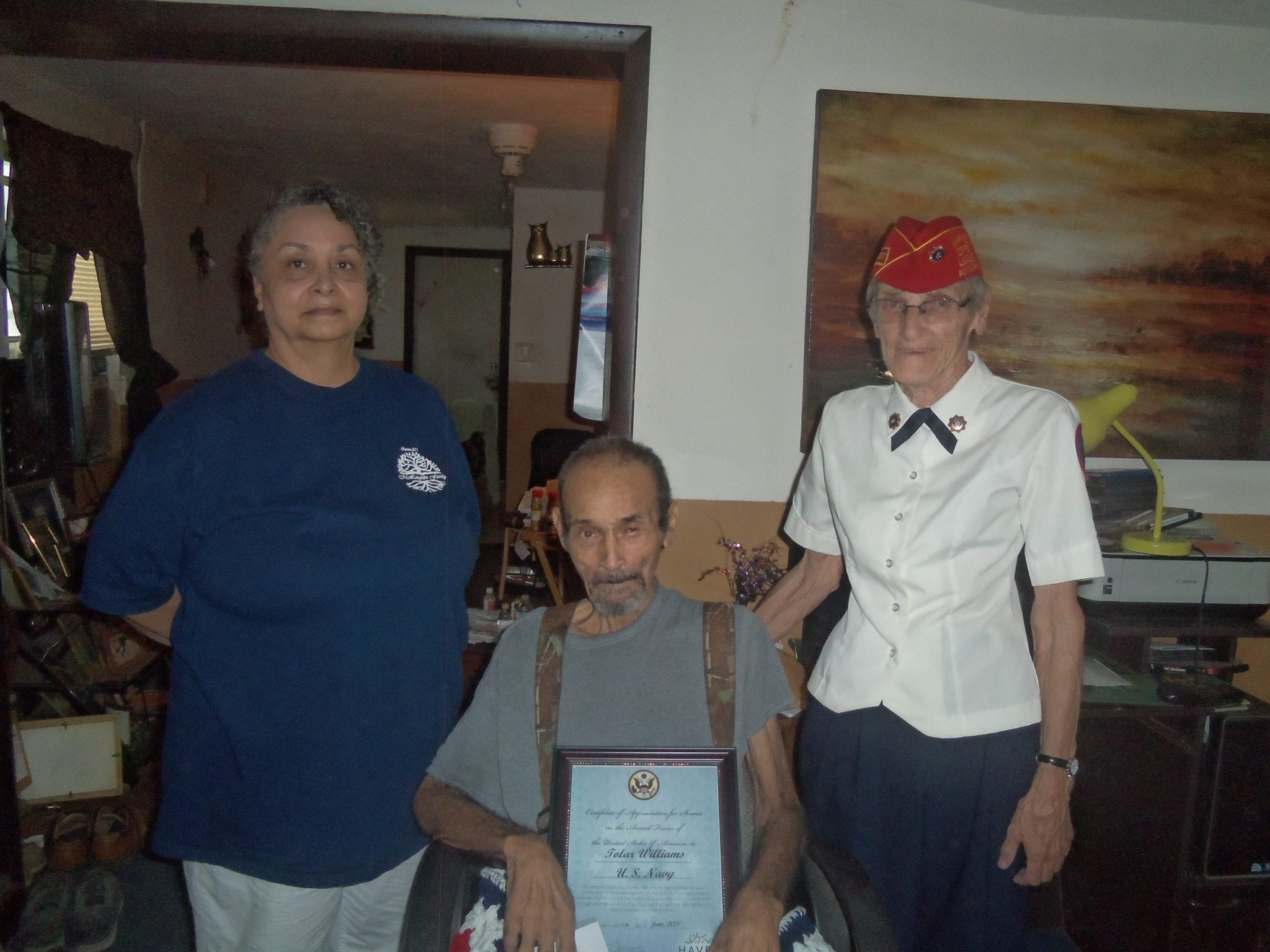