A Keystone Heights resident, Mr. Chapman joined the United States Naval Air after graduation where he trained as an aviation machinist and received an honorable discharge, then spent his life serving local fire departments. He began his successful career as a first responder with the Keystone Heights Volunteer Fire Department before working with Bradford County EMS and Alachua County Fire and Rescue, where he retired after 16 years of service.

Staff and volunteers at the E.T. York Hospice Care Center, which has been an integral part of Alachua County since it was built in 1997, performed a first responder recognition ceremony for Mr. Chapman. He was presented with a certificate thanking him for his service, in addition to a meaningful pin and blanket. The family said that the service was beautiful and that they were especially touched that Haven staff recognized Mr. Chapman’s wife Betty Ann for her years of sacrifice as a first responder’s wife.

Current Alachua County Fire and Rescue first responders filled the room for the ceremony, including some that Mr. Chapman had trained. They also wanted Mr. Chapman’s last ride to be in a first responder vehicle and worked with Haven associates to make that happen.

Mr. Chapman’s daughter-in-law Tennille Chapman said, “Haven took care of things we didn’t even think of and we are so appreciative of that. When we left Haven, I told my husband, ‘I’ve got to be a part of this.’” 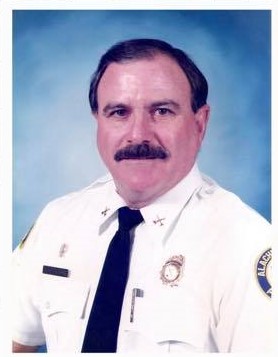