Haven Changes the Story for Burn Patient and Family

Haven Changes the Story for Burn Patient and Family

David Richards was faced with a traumatic injury— severe burns covering 80 percent of his body—and wanted to be discharged from the hospital to a care center that would not only care for his wounds but for his spirit as well. He found what he needed— what he and his family wanted—at Haven’s E.T. York Hospice Care Center in Gainesville. 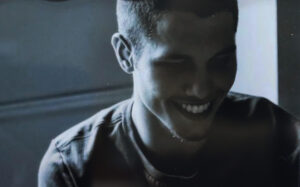 “We partner with our hospital team when we have patients that are referred for service that might have complex needs,” said E.T. York Hospice Care Center Patient Care Manager Sarah Murnahan. “An additional complicating factor with David’s case was that he had significant pain management needs and anxiety related to his pain and injuries. One of the things that had been a barrier for wound care in the hospital was that it was very painful and sometimes he didn’t want to participate in that care. We needed to be able to build trust with him.”

So that’s what the Haven care team did. Nurses ensured that David had the proper medication for comfort during dressing changes, and then they started singing. “Those dressing changes became concert time,” said David’s mother, Paula Williams. “He loved his country music. Dr. Bichier was part of it, as well as a couple of CNAs and RNs, Sarah Murnahan and Tootsie Young. Everybody would start singing with him. I’ll never forget Dr. Bichier laughing and saying, ‘I never knew I knew the words to any kind of country music.’” Williams said that even though dressing changes were still traumatic, they began to bring fun and happiness to their experience. 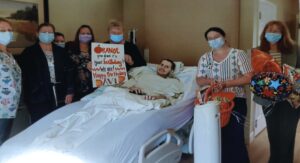 Haven’s COVID-19 visitation policies increased quality of life for the family, too. In a time where visitors weren’t allowed in hospitals and most healthcare facilities, Haven allowed David’s family to safely visit with protocols in place. In his last months, he was able to visit with his beloved daughter Isabella. The family says Isabella, who is two-and-a-half now, has photos and videos from time spent with her dad at Haven that she can look back on and understand who he was. It also brightened spirts when David was able to visit with his dog, Jasmine. 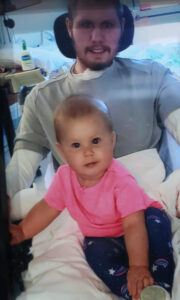 Williams said Haven staff not only cared for David, but “pampered” the entire family as well. She remembers them baking her cookies for her birthday in May and visiting as she and David watched movies projected onto the walls of his room. “To be his momma again… to be able to care for him. I think I only went home twice during those five months. I just couldn’t leave him. I didn’t want to leave him,” said Williams.

Sarah Murnahan, who was responsible for David’s care as an RN and is now a patient care manager, said Haven staff were deeply impacted by their time with David and his family. “The thing I would like to share about the experience with David and his mom is that now all of us have seen what strength love can bring,” said Murnahan. “Seeing David’s love for his family and his daughter really pushed him and his mom’s devotion to him was so beautiful for all of us to see.”

Caroline Morzuch, RN, who was assigned to David’s care for a significant amount of time, reiterated that, while David received a lot from staff, he and his family gave back just as much. “I learned to include the whole family. This is a journey that all the family has to go through, and you just can’t leave one of them out. Even the once a month that Isabella was able to be here with us, we included her and made time for the dressing changes to be around her spending time with her dad, which involved adjusting medications, too, so he would have the most comfort but be able to interact with Isabella and the family,” said Morzuch. “Our schedules had to shift around David’s needs and wants, and there was no other way to do it. It really was a group effort to take care of David and his family and it was amazing to see the team come together like that.” 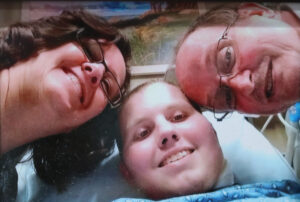 While David’s case was unique, the high-quality care that Haven provides all of its patients is standard. Haven cares for patients in care centers, facilities and homes across 18 Florida counties. Offerings expand beyond hospice care, including palliative care, Advance Care Planning, Transitions services and bereavement.

What could have become a story of isolation and hopelessness in trying times became a story during which David’s mother can smile through her tears.

Williams said she will never forget Haven and the staff who cared for her son. “It takes special people to be able to deal with so much sadness with so much grace and be able to be there for the family,” said Williams. “That’s one thing about Haven, they have been there for the family. They have been here for us and they continue to be here for us.”